At the Iowa School of Laughter Yoga, we are now enrolling for a Dallas, Texas seminar and the e-course. To begin your enrollment process, fill out the form on the Laughing Laura site. Then submit payment through Paypal or check. You will be contacted immediately with more information. If you have questions, feel to e-mail me at Laughing Laura or call me at 563-880-2699.
LAUGHTER YOGA LEADER SEMINAR
Dallas, Texas — April 22-23

Here is your chance to learn laughter yoga from Laughing Laura in the great state of Texas. The course will be held at the Park Cities Yoga Studio in downtown Dallas, 5934 Royal Lane, Suite 252 on Thursday, April 22 and Friday, April 23. Both days, the course will run from 8:00 a.m. until 3:00 p.m.
The tuition for this course is $225, which covers all training, Laura's original laughter manual, a Laugh Your Way There CD, a Live a Laughing Life poster, a beautiful diploma showing your lifetime certification as a laughter yoga leader as well as a delicious, healthy lunch both days. This rate only applies to those who register in advance. At the door it will be $250 if spaces are available.

Click here to see pictures from the last laughter yoga leader seminar Laughing Laura taught at Park Cities Yoga (July 2009).
Park Cities Yoga Studio will be hosting the seminar in their beautiful facility. Learn laughter, do laughter and be laughter—these are the goals of the seminar. Join us for this life-changing seminar that will teach you how to cultivate your own joy and spread it. Don't miss out on this unique opportunity!
To register and lock in the lower rate, fill out the enrollment form at the Laughing Laura site and submit the registration fee of $50 by means of the convenient Paypal button below or by a check sent to: Laura Gentry, PO Box 11, Marquette, IA 52158. This fee is non-refundable but is transferrable should you be unable to make the seminar.
I highly recommend Laura's Laughter Yoga course! As an alternative health care practitioner, I recognize the transformative and healing power of laughter and I was greatly impressed with the diversity of techniques that were utilized during this course. Laura Gentry is a dynamic instructor who leads and assists her students with great enthusiasm. This course is an absolute MUST for anyone seeking to experience the life-affirming joy of laughter!
—Rhonda Locklair
Posted by Unknown at 12:48 PM No comments:

The Madison Laughter Club was featured in the Examiner. All four leaders who run this club took my laughter yoga leader retreat as a refresher course last year and they are certainly motivated laughers, living life laughingly. I'm so excited to share this fabulous bit of press with you.

Laughter Yoga? That seems as odd a juxtaposition as relaxation football,cheering chess, or slapstick speed skating. The unusual exercise of Laughter Yoga was born in a park in Mumbai, India in 1995 when Dr. Madan Kataria, a family practice physician aware of the relationship between laughter and wellness, got five people together to combine laughter exercises with deep yoga breathing. That group of five who first engaged in Laughter Yoga has now grown to 6000 laughter clubs in 60 countries, including the Madison Laughter Club.

This international rush to laugh seems primarily motivated by the scientific research indicating that laughter provides a plethora of physical, mental, and even social benefits that include:

Social scientists have even found that a mirthful person is more attractive to others. Many would find it enough that laughing is fun and tightens the abdominal muscles. (Six-pack laughter is no longer referring to just alcohol-related euphoria, and most people find it far preferable to doing crunches.) The body does not differentiate between naturally occurring laughter and that which is intentionally generated as in Laughter Yoga, so all of the mental, emotional, and physical benefits result either way.

The medical and scientific respect for the positive effects of laughter is demonstrated by the Cancer Treatment Centers of America employing laughter therapy along with conventional cancer treatments as part of their integrative approach to the healing process.

Locally the Madison Laughter Club meets monthly and is led by four certified Laughter Yoga leaders—Nancy Greenwald, Mike Kueny, Michelle Erschen, and Beth Murphy. These monthly laugh-fests typically have 20-50 inter-generational attendees, with ages ranging from toddlers to octogenarians and crossing socioeconomic and ethnic spectrums. With Laughter Yoga sessions free of charge, this offers those who have been hit by economic challenges—as well as anyone who simply wants to experience laughter as the best medicine—the perfect prescription.

Posted by Unknown at 1:53 PM No comments:

Email ThisBlogThis!Share to TwitterShare to FacebookShare to Pinterest
Labels: madison laughter club, the examiner, The Iowa School of Laughter Yoga 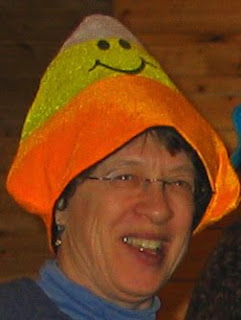 Ann Marie Clark, a laughter yoga leader who studied with me, passed away on December 30, 2009 at the age of 58 years. She was a vibrant, amazing person who was a natural at laughter yoga. I am grateful to have known her and I am delighted that her life brought so much joy to others. She will be dearly missed.

For those of you who knew her, I would like to pass on the following information. A visitation will be held on Tuesday January 5th from 5-7 p.m. and a memorial service will take place at 7.

This is the eulogy written by her family:

Ann-Marie Clark was born 12/11/1951 to Winifred (Win) Simmons (Balcombe) and Gordon Walker in Sussex England. She grew up in East Grinstead and went to a Episcapal Boarding School. After finishing Physio (Physical Therapy) College she worked in Manchester. She then went to Haiti to do relief work as a physical therapist. From there she traveled up to the States to visit relatives and then worked in Canada. It was then that she meet her husband Jim at a Yoga Retreat in Michigan while living in Sault Ste. Marie Canada. After a year of a long distance romance she married Jim and had two lovely children (Joshua and Jessica). She continued to work as a physical therapist, making her home in Thiensville WI where she enjoyed doing all forms of dance (Sacred, Modern, African, and most other forms). She trained as a Phoenix Rising Yoga Therapist and helped many people with personal transformation work. She became interested in Tibetan Buddhism. She did Yoga for the disabled. Became a Laughter Yoga leader and enjoyed leading classes whenever she could. She even enjoyed a hiking club. She had an amazing ability for writing poetry (even had one published). But most of all was her ability to bring joy and laughter to people whom she was with. Often telling stories that would lighten hearts. She had a gift with children she treated.

Posted by Unknown at 8:24 AM No comments: 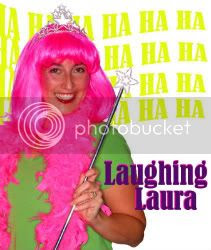 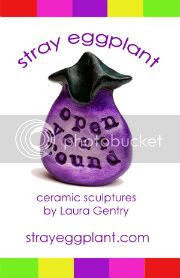