PERFORMANCES OPEN TO THE PUBLIC

Both events will be open to the public for $15/adults $7/children under 12 at the door. We want to be able to share these incredible events with a wider audience so please invite your friends and neighbors to share in the fun. 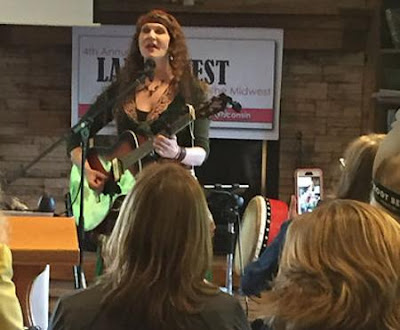 Why: Because it is going to be an amazing, soulful, hilarious, uplifting and riveting performance by Laugh-Fest's Singer/Songwriter/Comedienne Celia! She dishes up the most delicious concoction of the silly and sacred delighting audiences across the nation. In addition to having the kind of silky smooth voice often associated with classic Celtic Singers, Celia excels at comedy. She often transforms right on stage into one or more of her alter-egos-whose antics typically leave the audience howling with laughter. With powerful, heart-felt vocals and wacky comedic improvisations, the audience never knows what will happen with Celia on stage.


Celia often uses sophisticated “looping” technology to perform duets, trios, and even larger ensembles with herself. Nothing is pre-recorded. She lays down a track then using the looping technology harmonizes with herself — all live and in real time. The result is an amazing listening experience for the audience.

“Go out of your way to see her. You won’t be disappointed.” - Rick’s Café Magazine

For more information about Celia, visit her Web site: www.celiaonline.com. Don't forget you can also register for her Laughter and the Voice workshop on Friday. 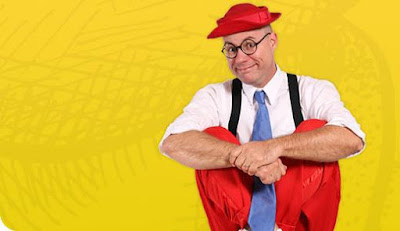 Why: Because it is going to knock your socks off! Kenny Ahern is a world-class family entertainer. It all started in 1983, when a college professor suggested that Kenny audition for Ringling Brothers and Barnum & Bailey Circus, and write a research paper about the experience. That was 25 years and thousands of performances ago.

Kenny has taken master classes in physical comedy with Broadway star and Tony Award recipient, Bill Irwin and Yale School of Drama faculty head Christopher Bayes. He studied with Pavel Groditsky of The Soviet National School for the Circus and Variety Arts (movement workshop) and trained at Ringling Brothers & Barnum and Bailey Clown College—receiving a BFA (Bachelor in Fun Arts). Kenny has learned from thousands of the best directors in comedy throughout the world ... his audiences.

Posted by Unknown at 1:35 PM No comments:

READY TO TRANSFORM YOUR LIFE WITH LAUGHTER? 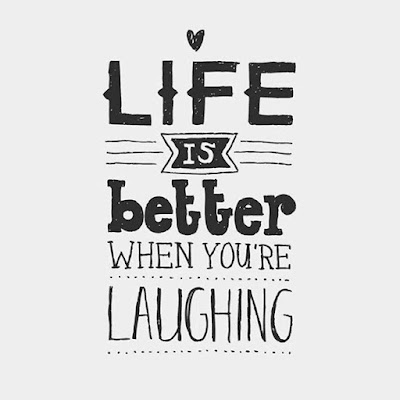 I bet you are ready for a major life change! You want more JOY, more resilience, more hopefulness, more connection, more FUN, right? I certainly did. That's why I became a Certified Laughter Yoga Leader a dozen years ago. I knew that there had to be a better way to cope with the stresses of life.

And here's the good news: there is! You can survive the complicated difficulties that get thrown at you by laughing intentionally. Learning the method of Laughter Yoga can help you do just that. Then you'll have the method to create joy in with your own biochemistry. And that shifts everything in your entire life! Imagine what it would be like to get in touch with your HAPPY SELF!

Best of all, learning Laughter Yoga gives you an easy but ever-so-useful tool that can transform the lives of others, too. You can start your very own LAUGHTER CLUB or use it to volunteer at your kid's school or the local care center or recovery group or church or mosque or whatever place people gather and want to be healthier and happier. You could even monetize this skill by offering wellness programs around your community and beyond. Read all about the benefits of the course here. 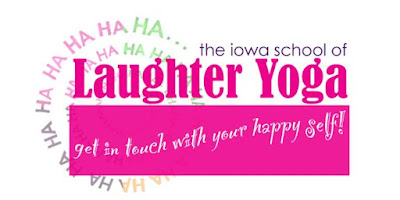 That's why I'm offering a Certified Laughter Yoga Leader Retreat this week (September 20-21)! It's a pre-event learning opportunity connected to the 11th annual Laugh-Fest of the Midwest happening this weekend. There's still time to register for the Laugh-Fest.

And there's still time for you to register for the Certified Laughter Yoga Leader Retreat, too! YAY! Register at this page. This is a rare opportunity and it's especially wonderful because it's happening at Sugar Creek Bible Camp. Don't miss this chance. We want you to be part of the group. 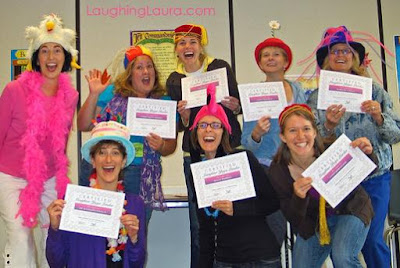 One more thing: here's my new professionally-produced promotional video. It's below. I'm excited to share Laughter Yoga with more and more people.

Exciting news: On the day the Laugh-Fest begins, September 21, you can come early and take a full-day workshop with Celia! She will be offering an interactive experience called Laughter & The Voice.
Your voice is an amazing instrument. It is always with you. Come and uncover your “consistent instrument” through vocal games & discovery. Celia will guide the group through imaginative play  & exercises that will leave you with a new appreciation for this incredible expressive part of you called your voice. Expect to become more present in your body & vocal singing or speech expression whether you want to lead singing circles, audition for American Idol, or simply rock out behind your steering wheel with the windows up. We will play & sing together. You might even have a fantastic time! 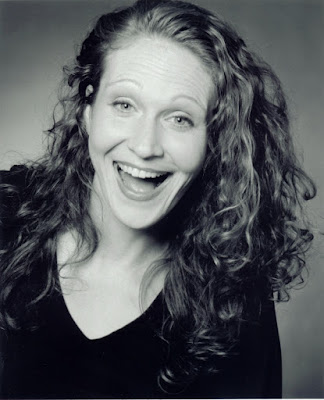 Celia has been performing for over 30 years with training in stage speech & vocal singing. She currently tours the nation as a singer/songwriter/comedienne and is also a recording artist with 13 recordings to date. Celia teaches vocal workshops as well as private voice in person or via the internet. She specializes in guiding singers to finding new tones & soundscapes they didn't even know they had. www.celiaonline.com.


Increase your fun & learning by adding this workshop to your Laugh-Fest experience! The workshop runs on Friday, September 21, from 10 a.m. until 4 p.m. at Sugar Creek Bible Camp in Ferryville, Wisconsin.  If you would like to come early and stay over Thursday night at the camp, you can arrange that with me, Laughing Laura (email: laughinglauragentry@gmail.com).

Pssst: Check out the interview Celia's did about about the Laugh-Fest a couple of years ago here.

Oh, and there is still time to register for the amazing Laugh-Fest of the Midwest! You will want to seize this incredible opportunity to gather with laughers from around the country for a rollicking good time in the hills of Wisconsin.
Posted by Unknown at 11:25 AM No comments:

Email ThisBlogThis!Share to TwitterShare to FacebookShare to Pinterest
Labels: celia farran, LaughFest of the Midwest, LAUGHTER AND THE VOICE, Wellness

The exciting new is that Laugh-Fest is right around the corner! It is less than a month away now (September 21-23) and so if you haven't registered, we ask you to please do so right now.


I know it takes time and money to get yourself to Laugh-Fest but let me remind you: IT IS WORTH IT! Personal renewal, wellness, friendship and laughter are awesome. Don't you deserve a boost of JOY? I know I do. It is an investment in your well-being.


This year there will be a number of new speaker with incredible information and inspiration. Of course, many of our favorite presenters will be back because it just wouldn't be Laugh-Fest without them. Check out the speaker's page here: http://www.laughinglaura.com/laughfest-presenters.html

The complete schedule is here: https://drive.google.com/file/d/1CJ9I2qmUIbUEdAF0ZGed2K7LR2B1WYy0/view

You can become a certified Laughter Yoga Leader or take the course again if you're already a leader. That's because I'm offering a 2 day course prior to the Laugh-Fest.

Can you please help us spread the word?  We know you have networks of fabulous friends. If you're on Facebook, you can share the Laugh-Fest event with your friends: https://www.facebook.com/events/865194070343240/. The more laughter friends, the better for all of us.Teddy Widdel is the official event organizer this year so we want to thank Teddy for her work to put this experience together for us all. If you want to lend a hand, you can email her directly at laughawiddel@gmail.com. 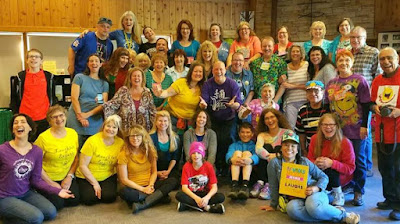 Can't wait to laugh with you all! YAY!
Posted by Unknown at 9:50 AM No comments:

REGISTRATION HAS OPENED FOR LAUGH-FEST 2018!

As always, the Laugh-Fest will be held at Sugar Creek Bible Camp in Ferryville, Wisconsin where the natural beauty and hospitality can't be beat. For the first time, we're holding it in the fall. Plan to join us for a wonderful autumn experience. 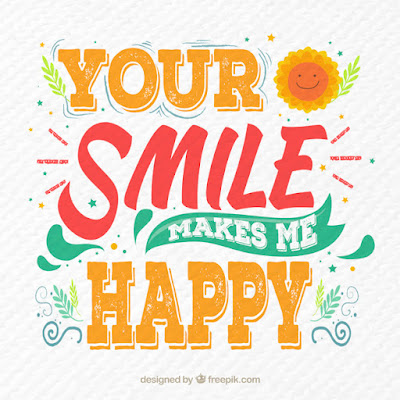 We need your help! Here's what you can do.

1.  First of all, if you're a laughter enthusiast please register. We need all the best laughers to attend. That's what the experience is all about. Go to this link to register now at the early-bird rate: http://www.laughinglaura.com/laughfest.html

2. Find us amazing presenters. Maybe that's you and maybe that's someone you know. We're now accepting applications for workshop leaders. You can find the form on the Laugh-Fest page: http://www.laughinglaura.com/laughfest.html. Share it with anyone you know who might be interested in presenting.

3. Spread the word. We know you have networks of fabulous friends. If you're on Facebook, you can share the Laugh-Fest event with your friends: https://www.facebook.com/events/865194070343240/.

Teddy Widdel is the official event organizer this year so we want to thank Teddy for her work to put this experience together for us all. If you want to lend a hand, you can email her directly at laughawiddel@gmail.com.

Can't wait to laugh with you all! YAY!
Posted by Unknown at 8:25 AM No comments:

Announcing 11th annual Laugh-Fest of the Midwest. The joy and frivolity will happen at the usual venue of Sugar Creek Bible Camp in Ferryville, Wisconsin in the fall: September 21-23. This is a beautiful time of year to spend a weekend in the country so please mark your calendars now.

It is being organized this year by none other than Laughter Yoga Teacher
and powerhouse Teddy Widdel (pictured below). 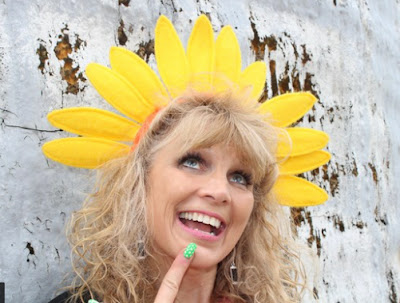 I have appointed her my successor and she's super excited to take the leadership and build upon the amazing foundation we've begun. Lots of exciting things are in store for the upcoming Laugh-Fest Check out Teddy's website here.

We'll be posting more information here at this blog and at my website when registration opens. We just wanted to give you heads-up about the date and so you can start dreaming about the fun you'll have.